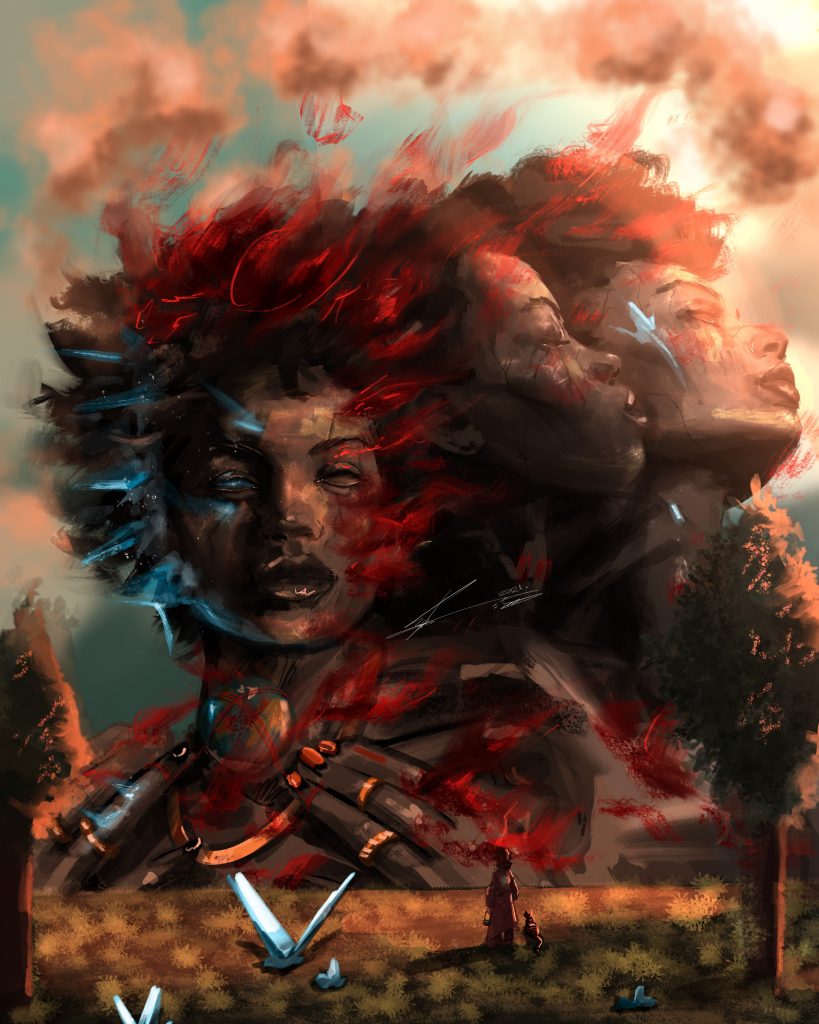 In this piece I wanted to represent the earth in three different stages of climate change using three people. The first being the woman “holding” the earth. One half of her is covered in ice while her other half is on fire. These two elements represent global warming and how much worse the wildfires are getting every year. The reasoning for the ice is the melting glaciers. Looking at the drawing at first glance looks more on the side of a summer drawing with the soft warm lighting. However seeing the ice peeking out from the grass should tell you there is something wrong with this environment and climate. It’s snowing in the summer. With the second and third person I tried to draw them trying hard to escape from the increasingly spreading flames, reaching the light as if trying to recover from these more frequent disasters. If you look closely at these three people, you can see the cracks on their skin becoming more frequent and visible, becoming more and more damaged. A sign that this earth won’t last forever. In her hand there is an earth, in this case it is symbolizing her heart. She holds it with strings, it’s not inside her chest so now we can all see how vulnerable she is. The fire has turned her skin grey and is no longer the dark earthy brown and green it once was. In the front is a person. This small (but certainly not insignificant) person is the younger generation, and how we feel. The earth is on fire and we carry this small bucket of water to put the entire thing out. An extremely intimidating sight and it feels almost impossible to fix. The rings and jewelry the earth wears represent all the things humans see.