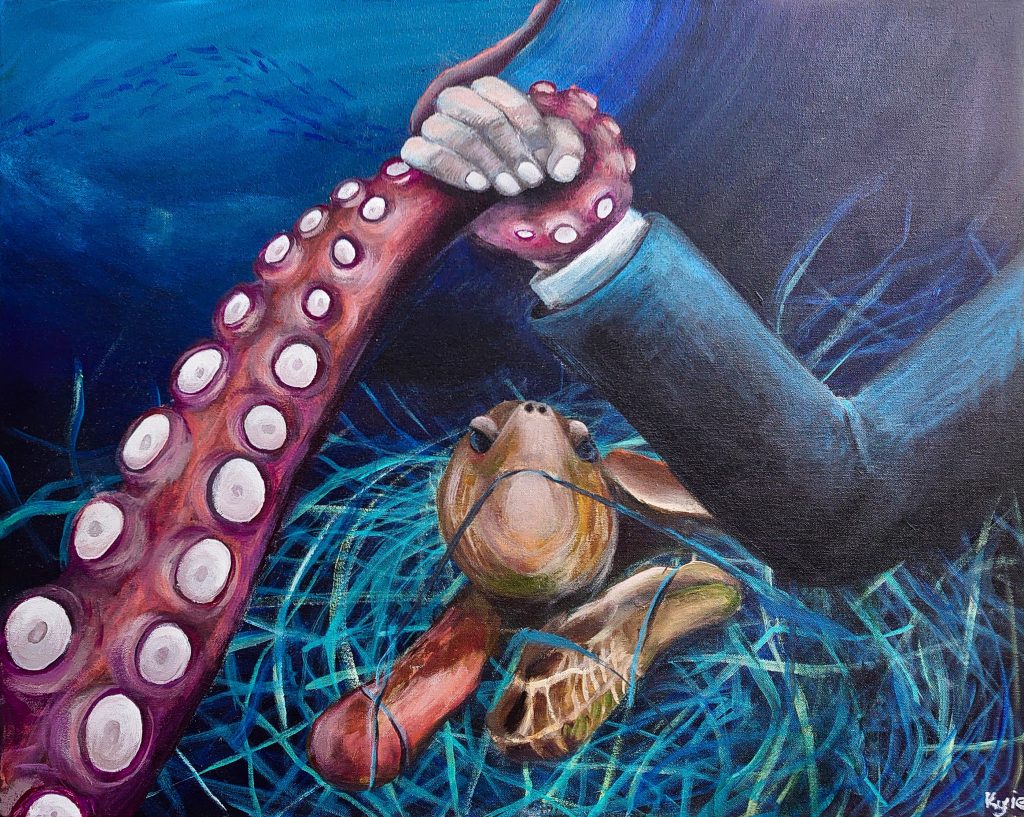 Humankind must stop polluting the ocean. We are crushing the creatures that live there and forcing them into extinction. My painting is about us, the humans and our weak connection with the creatures under the sea. This painting represents the struggles between our kind and sea creatures that are dying because of us. The octopus represents life, life of creatures under the sea fighting for their home. The arm of the man is slowly crushing the sea turtle who desperately tries to escape the nets. As the octopus stands its ground, fighting over control over it’s ocean home, the man’s arm further traps and slowly crushes the struggling turtle when it should be lifting and helping it to safety. The meaning behind this painting is that we should make ties with the ocean. Turtles are dying because of our carelessness. If we could make a truce with the ocean and stop polluting it, by throwing harmful things that could hurt the creatures living in the sea, they wouldn’t go extinct as quick. This painting is a sign for us to stop the killing. Sea turtles are dying because of trash caught around their necks. Many kinds of sea life are being crushed and strangled into extinction. 80% of marine pollution comes from us land creatures and it must stop.