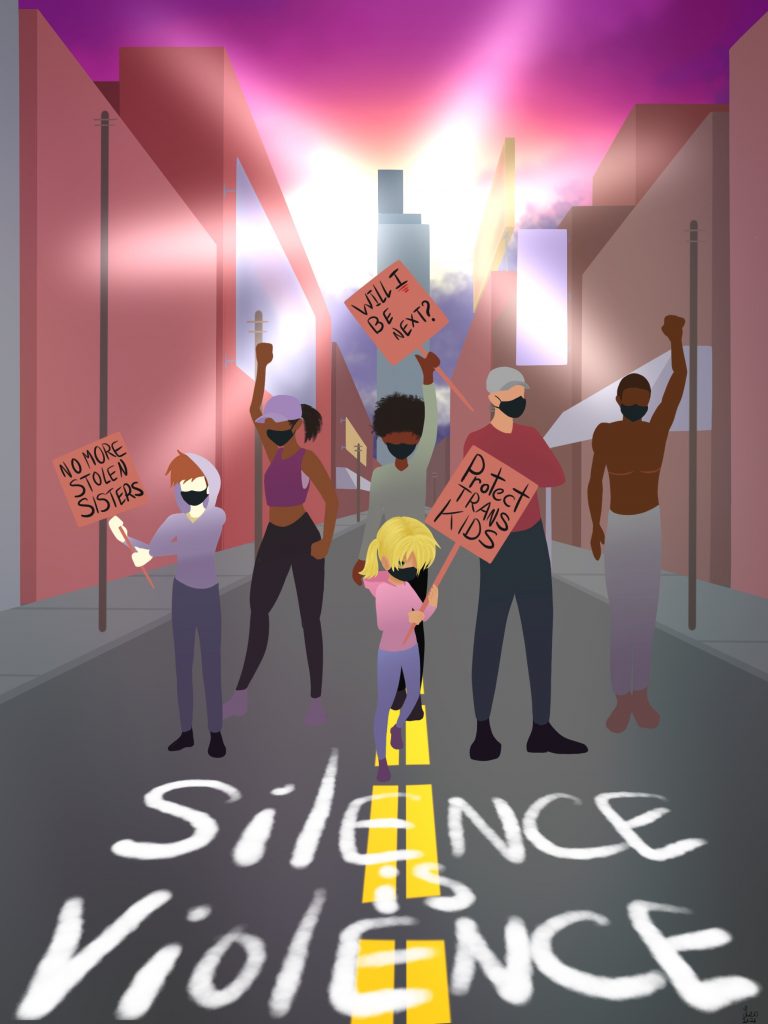 While designing this poster I wanted to make it both simple and complex in meaning. At first glance you see a protest, a group of kids and adults with signs all protesting for different reasons, or so it seems. This isn’t a protest centered on one topic at first, but multiple problems that all overlap into the same thing- Human Rights. The signs themselves read of racism, sexism, transphobia, and gender-based violence. While two of the three protestors who are holding signs that one can assume are related to them personally, the teen on the left isn’t as easily read as such. The blonde girl in front can be read as a trans child, as her sign reads. You can see that the person behind her holding the “Will I be next?” sign is a woman of colour. But the teen on the right isn’t personally affected by the protest. He personally wouldn’t gain or loose anything from it. He’s there and present and actively protesting because he believes that its important. He knows that just because something isn’t affecting him directly, that doesn’t mean he can’t help, so that’s exactly what he does. With this piece I wanted to send the message that “Just because you aren’t personally affected by something, that doesn’t mean its not worth helping.” If everyone only ever focused on issues that personally affected them, it would only cause more discord within society as opposed to unity. An eye for an eye and one day the world will go blind, but a helping hand could save a life instead.

Kayla and the Earth