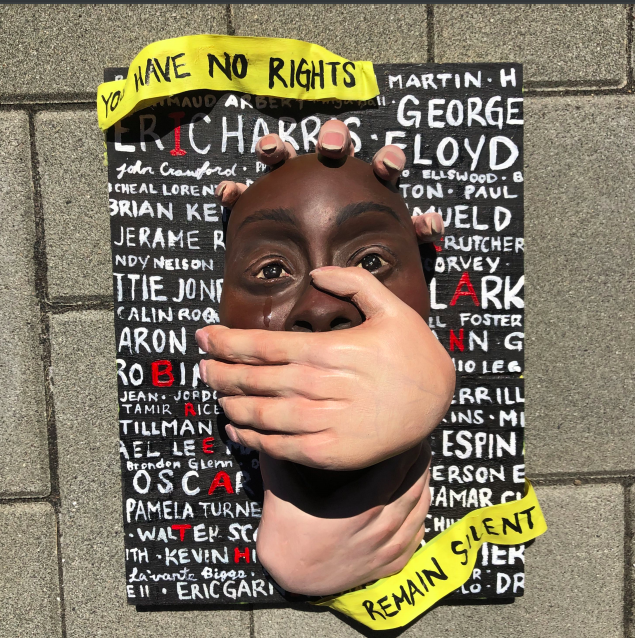 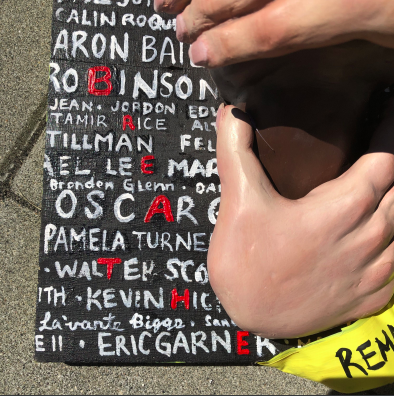 This piece was inspired by the horrific injustices committed towards the African American population in the summer of 2020, and throughout history. This piece evolved out of an urge to educate myself and speak out in support of the Black Lives Matter movement. As an American-born-Canadian-raised-Chinese, I created this piece from my perspective as an outsider observing the issue. I have no personal or intimate knowledge of the pain that the African American population has endured, but I found the surge of information on the internet overwhelming, and sought to channel my accumulating thoughts through visual form. I was inspired by the “say their names” posts on Instagram, which list victims who have suffered from police brutality. The list made it seem like they were just another tally to cross off; another numerical value rather than real people. This angered me, as while these posts were intended to bring light to how many have suffered, it also felt desensitizing as a viewer. I wanted to remind myself and others that behind every name was a very real person that faced terrible circumstances because of systemic racism. The strips of yellow plastic resemble caution tape used at crime scenes. The writing on it is a variation of the Miranda warning: “you have the right to remain silent.” I rephrased the warning into what I believe describes the rights of this population, that they have “no rights” and must “remain silent.” I personally find it difficult to look at this piece because its creation stemmed from brutal issues in our global society. Despite this, I believe that it is the things that we find difficult to put into words that become vital to express visually.